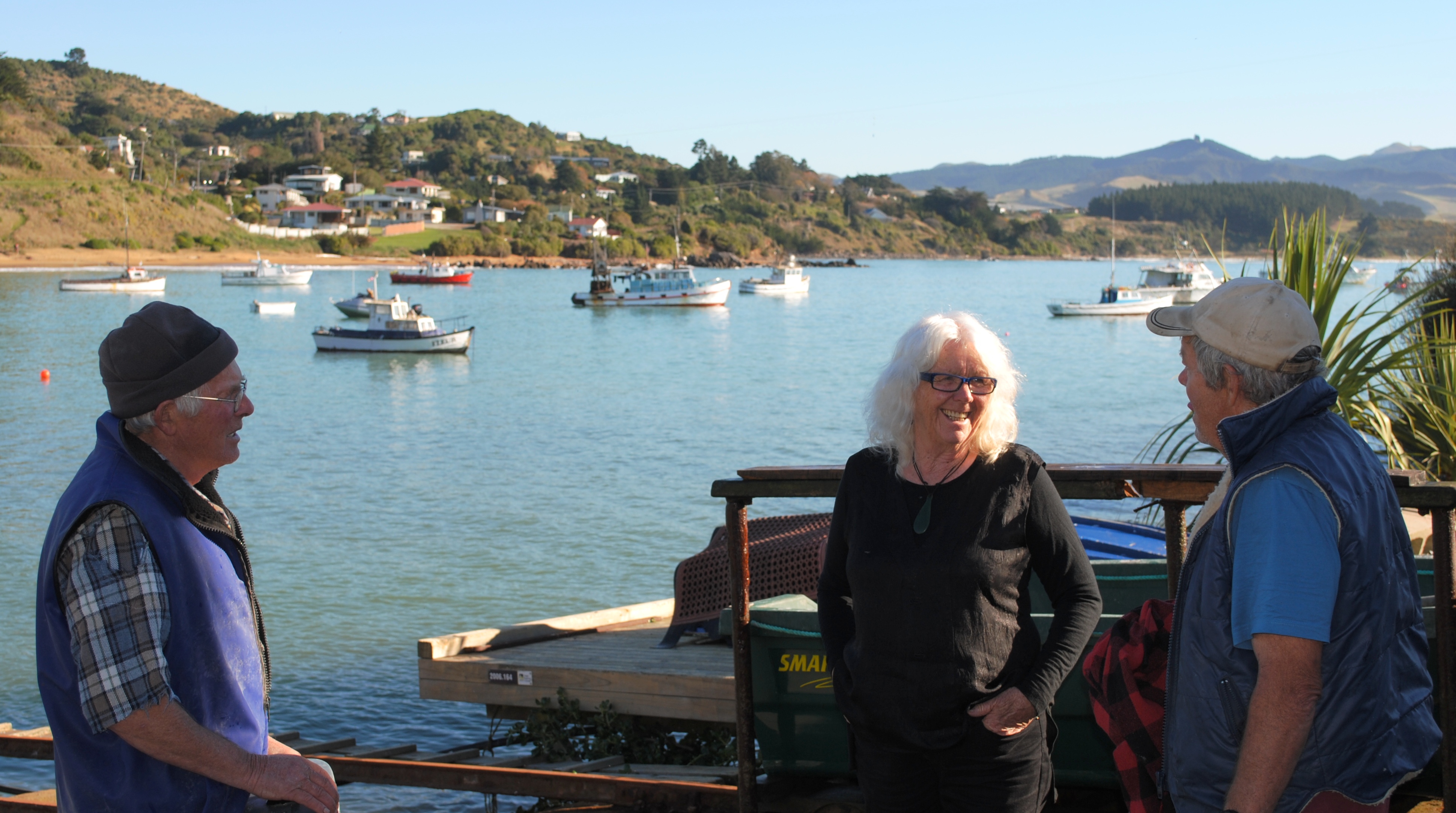 Waste the spur to international name

“All I wanted to do was give people fresh fish,’’ she said.

“I went on the fishing boats and saw what I felt was waste. That’s when I started gathering up the fish bodies to make seafood stock. Then I wanted to smoke the cod heads, wings and livers, and eliminate that wastage.”

Her restaurant began from a caravan 14 years ago. Today it employs up to 18 staff and can serve 230 people a day, starting at 9am. The restaurant, south of Oamaru beside the sea, has become a destination for both New Zealand and international travellers.

“They come all day,’’ Sullivan said.

“We say booking is essential - but that’s because it’s a long way to come if you can’t get in.”

Sullivan, guest speaker at the Women in Seafood Breakfast held in Nelson to mark International Women’s Day, said the event, attended by women from around New Zealand, had been a good reminder of “how huge and wonderful” the industry is.

“When I’m at Moeraki I’m only aware of my own problems and getting my own fish.”

She said the breakfast gathering and her tour around Port Nelson had left her in awe of the seafood industry and the part that women play in it.

She didn’t know anything about commercial fishing when she got going at Moeraki, and was frustrated to find that quota holders were interested in exporting their catch, not selling to a little seaside fish restaurant.

“As a restaurateur and marketer, I couldn’t believe you couldn’t get a fresh fish.”

Her answer was to buy some blue cod quota of her own, paying double the going price.

Now the remaining Moeraki commercial fishermen supply her, an arrangement she feels is great for both sides.

“Everybody said nobody would ever go into Moeraki to eat fish, but maybe nobody knew how good fresh fish tasted. Even now, I work in my own small world down there, and more or less the world comes to me.”

Sullivan said fishermen were unfairly blamed for some impacts on the environment.

“They should be better organised and have a better voice. They are good guys.”

Noting the strict requirements faced by commercial operators, she compared their performance to seeing the results of recreational fishing contests:

“The fish is not respected, it’s dragged across the gravel and hung up in the sun to win a competition. I find that insulting to the fish and to the industry.”

Having turned 78 in mid-March, Sullivan said she still had a lot of things she wanted to do but as for her restaurant, “I can’t see how to give it up.”

But given the opportunity, she would love to be involved in an initiative to improve the way the hospitality industry relates to the burgeoning number of Asian visitors, particularly the Chinese, whose attitudes to restaurant dining can pose challenges to traditional Kiwi service. “That’s my future if I could do that.”

Warming waters an increasing threat to the planet and fishing

The volume of chatter about the global environment has been temporarily turned down while the world deals with a more urgent and imminent virologic threat and so it is little wonder that a recent study on the health of the world’s oceans has sunk...

Forging into a new food frontier

A report from KPMG recently provided a stark wake up call for food producers who believed that eventually, in some distant pandemic-free time, it would be business as usual for providing and serving customers food.

With New Zealand peering into an economic abyss as restrictions on many businesses continue, there is reason for optimism coming out of the primary sector.