In the six-year history of the awards, it is the first time seafood has taken out the top honours.

Seafood New Zealand chief executive, Jeremy Helson, says it is great to see the sustainability and innovation in the industry celebrated.

“We know how much work is going in to protecting our marine resource while producing top quality seafood, but it is wonderful to see that recognised.

“Producers like Chatham Island Food Co do us all proud, flying the flag for New Zealand seafood domestically and internationally.”

Delwyn and Gigi Tuanui purchased a dilapidated factory on the Chatham Islands in 2015 and now employ 25 people and have 30 vessels fishing to them.

Their Chatham Island blue cod, marketed under Chatham Blue, and sold in frozen, skinned and boneless fillets, is sustainably pot-caught and is the mainstay of their business but their pāua and kina products are also shipped to discerning customers across mainland New Zealand. Those products include minced pāua, whole pāua, crayfish tails, frozen kina pottles, and pāua pies.

As well as being the recipient of the Supreme Award, three of the Chatham Island Food Co’s products won gold medals - the pāua mince, Chatham Blue cod, and the pāua pies, which are made in partnership with the West Coast Pie Company. The pāua mince went on to be the overall winner of the Seafood New Zealand Water Award.

Delwyn Tuanui, a seventh generation Chatham-Islander was at the awards last night to accept the honour.

“I’m humbled. Fishing companies need fishermen, they need deckhands, they need office managers. It's a huge team effort, and it's a team effort from a group of people that live in the most isolated part of the world.

“We do have an incredible food story to tell.  I just feel excited and proud to be a Chatham Islander," says Tuanui.

As one of the first King Salmon producers in New Zealand, the pioneering spirit that is behind the company’s success was acknowledged with the NZ Life and Leisure Spirit of New Zealand Award.

Seafood New Zealand congratulates all the winners, whether on land or sea. 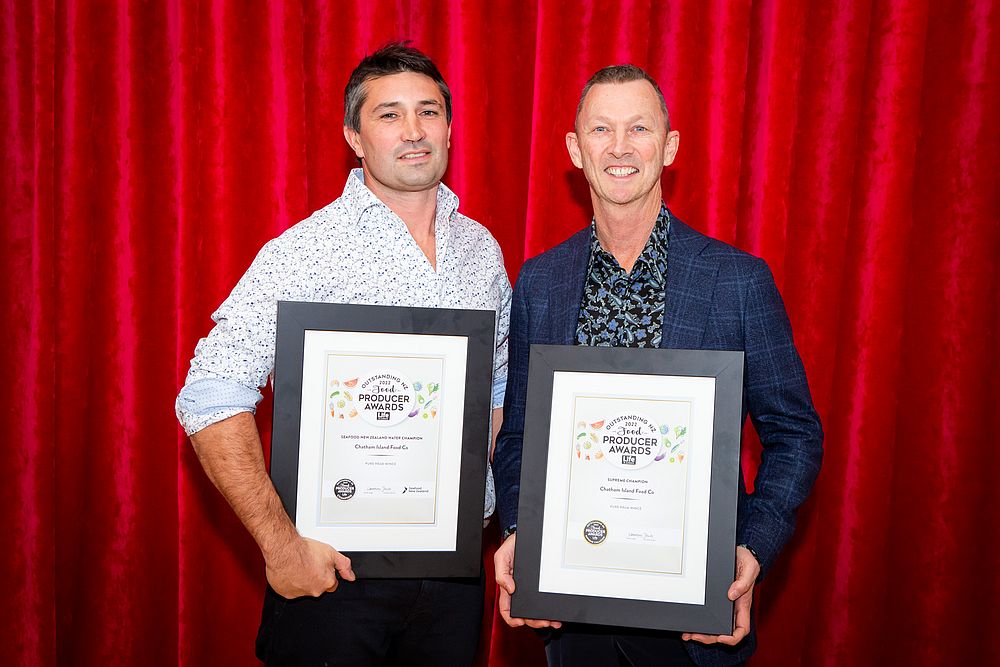