Those are the main attributes Craig Jones looks for in a beginner deckhand.

Jones is a West Coast owner-operator running Cook Canyon from Greymouth with his wife Penny. He’s committed to encouraging young people into fishing and is often the go-to for Westport Deep Sea Fishing School students looking for their first job. In late 2021, he started to place one trainee on each trip, in addition to his usual crew of four, and wants to keep doing this.

If they are eager and also fit enough for the physical work, the next step is to “get them out there and see if it’s what they want”, says Jones.

“It’s a good trade. There’s opportunity to earn good money and if someone starts when they leave school they could fish for the rest of their lives. That’s how much it gets in your blood.”

Jones’ interest in young people is shared by his daughter Amy Moore, the third generation in her proudly West Coast family to work in the seafood sector. She is a consultant for commercial fishing among other primary industries and works with the West Coast Trades Academy to encourage school leavers into fishing.

Jones rates education and training highly. His own operation, with two skippers alternating on inshore fishing trips up to 25 nautical miles from shore, isn’t so big that new deck crew can’t learn on the job with the addition of specific courses such as MarineSAFE. But he has also put new crew through the Westport Deep Sea Fishing School before sending them to sea, and says training is essential for anyone looking at work on large operations like factory vessels.

“Fishing is safe enough but nothing’s fool-proof, so get the training done and keep it up to date.

“The technology has changed the way we fish and we’re getting better all the time. The fish stocks are being managed better so I see a great future for young fishers, if they show the necessary initiative and drive.”

An inshore fisher for Talley’s, Jones is a fan of New Zealand’s Quota Management System (QMS), having been in the industry both before and after the system came in.

“Sustainable fishing is about looking after our fish stocks as well as the environment. The QMS is regarded as one of the best in the world and with continual improvements it’s getting better all the time. You will always get a bit of expected variation in the abundance of some fish stocks, and that’s something that we all come to know, but overall the system is outstanding and ensures we maintain sustainable fish stocks.

“I’m proud to have been part of it for so long, particularly when I consider where we may have ended up without it.”

Jones is also happy to contribute to the data and science that informs QMS adjustments, via onboard electronic monitoring required for each trawl.

“It’s the skipper’s job to enter the data via satellite or phone, and it beats doing it on paper, like when I started out.”

Jones also appreciates the more detailed data collection by fisheries observers; the 150 tonne Cook Canyon can accommodate an observer comfortably enough, although it’s harder in hoki season when they need all bunks for a bigger crew.

He is less keen on the idea of mandatory onboard cameras however, a proposal the Ministry of Primary Industry consulted on in late 2021 and that is part of the Fisheries Amendment Bill underway in Parliament.

“They won’t get what they want from cameras and it’s going to be harder for fishers. The cameras will catch footage of the catch coming on board, how it’s handled, some offal management and legal discarding. But you could watch 10 years’ of footage and never see a dolphin on my vessel.”

A camera would capture some impressive skippering however. There’s only one way out to sea from Greymouth and that’s over the infamous Grey River Bar. Jones describes Cook Canyon as a “good bar boat” but after years of experience has learnt that the bar demands a sensible approach and his skippers will delay departure when the bar is too risky to cross.

“Bars are unpredictable and you need to respect them and plan your crossing carefully.”

After a long career fishing, starting at age 17 with his parents, Jones is content to let his skippers do the bar crossings these days and to watch young West Coasters advance in their own careers.

He has young fishers to mentor and also owns a fishing net business in Greymouth, a “good rainy day activity” that keeps him up to speed with sustainable net design.

“We are forever adjusting net design. The main focus now is on mesh size, increasing it and also the size of cod ends and the shape of the mesh itself to let more juvenile and small fish swim out of the net.” 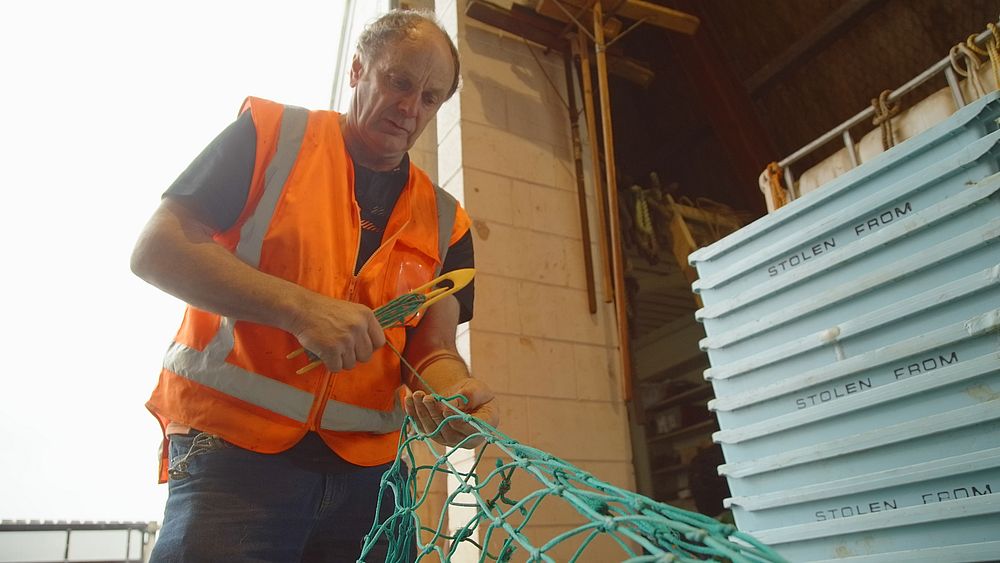