With unemployment at just 4.7 percent, the number of Kiwis available to work is already very low, and with net migration down a massive 93 percent due to New Zealand’s COVID response, those industries that usually rely on migrant workers are already feeling the pinch. The Restaurant Association says hospitality is badly hit with restaurants such as Wellington’s Charley Noble and Cashmere Lounge considering either reducing opening hours or temporarily closing because of a lack of staff.

When industries such as the seafood industry want to recruit migrant workers, tough new tests will be applied. Five percent of New Zealand’s workforce is currently on a temporary work visa. Taking those five percent out of the workforce may never be entirely possible.

Whilst the government’s intentions, to incentivise sectors to train New Zealanders to fill jobs, are well meaning, businesses must be given time and latitude to enable that to happen.

The seafood industry employs some immigrant workers, however for several years we have been working to attract more New Zealanders. Entry level crew jobs at sea can pay $70,000 - $80,000 and rise rapidly, whilst also giving employees significant time off between trips, so it is unlikely the level of remuneration in that area is the problem.

In the post-COVID environment, and with government intentions on migrant workers clearly communicated, we have redoubled our efforts and are working intently to recruit kiwis into the many positions available at sea and on land. We have free training and scholarships available and have launched an intensive recruitment campaign, however, even with the best intentions, this ocean liner will be slow to turn.

At the Federation of Commercial Fishermen’s Conference in Dunedin this week, delegates were shown one of those initiatives - a careers bus that travels the country promoting jobs in the primary sector to high school students.

The InZone bus had over 64,000 students through the coach last year.

Seafood New Zealand has supplied video and images to educate school leavers about the great career options available in the industry and the recent visit to the Christchurch Careers Expo attracted 5,000 young people.

Every thirty minutes, an entire class will come through the bus to look at career options in the primary sector.

There are also 16 stand-alone kiosks located around the country in school libraries, public libraries, and youth centres.  Last year these averaged 7,100 video views on each kiosk.

When students enter the coach, they log in using their mobile phone.  They sit at a kiosk and watch whichever videos they want.  If they want to find out more about a role or video, they can indicate that they are interested and then they are automatically sent a link to our website via text.

InZone are also in discussions with the Ministry of Social Development to start taking the Careers Coach to public events as a way of attracting the general public to the primary sector.

We are working hard to meet the government’s expectations but while that is happening, the government must be cautious not to put any primary industries or any other sector that currently relies on migrant workers, in jeopardy. 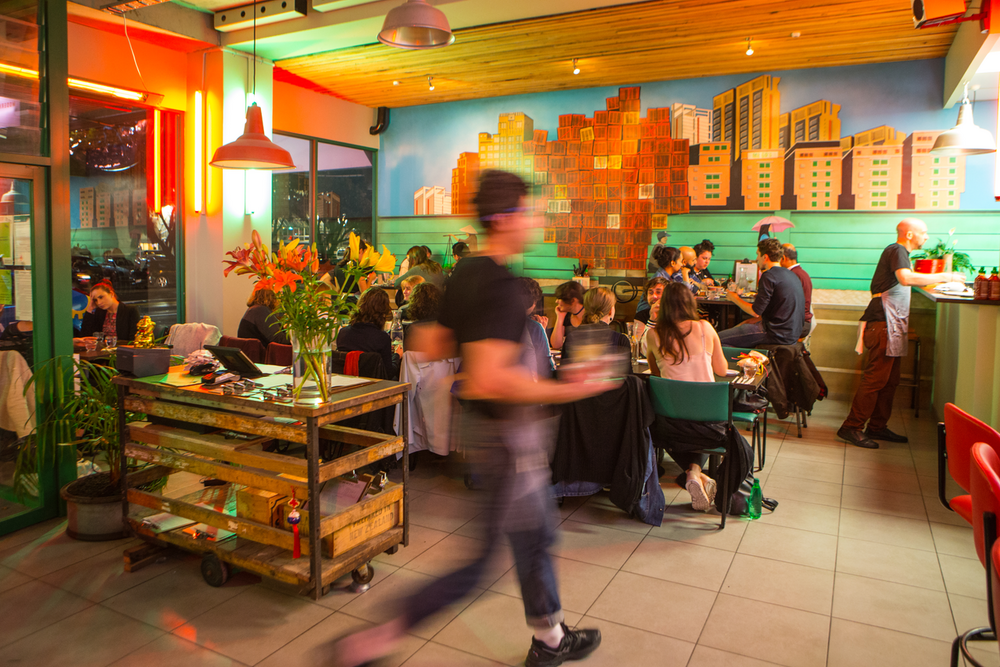